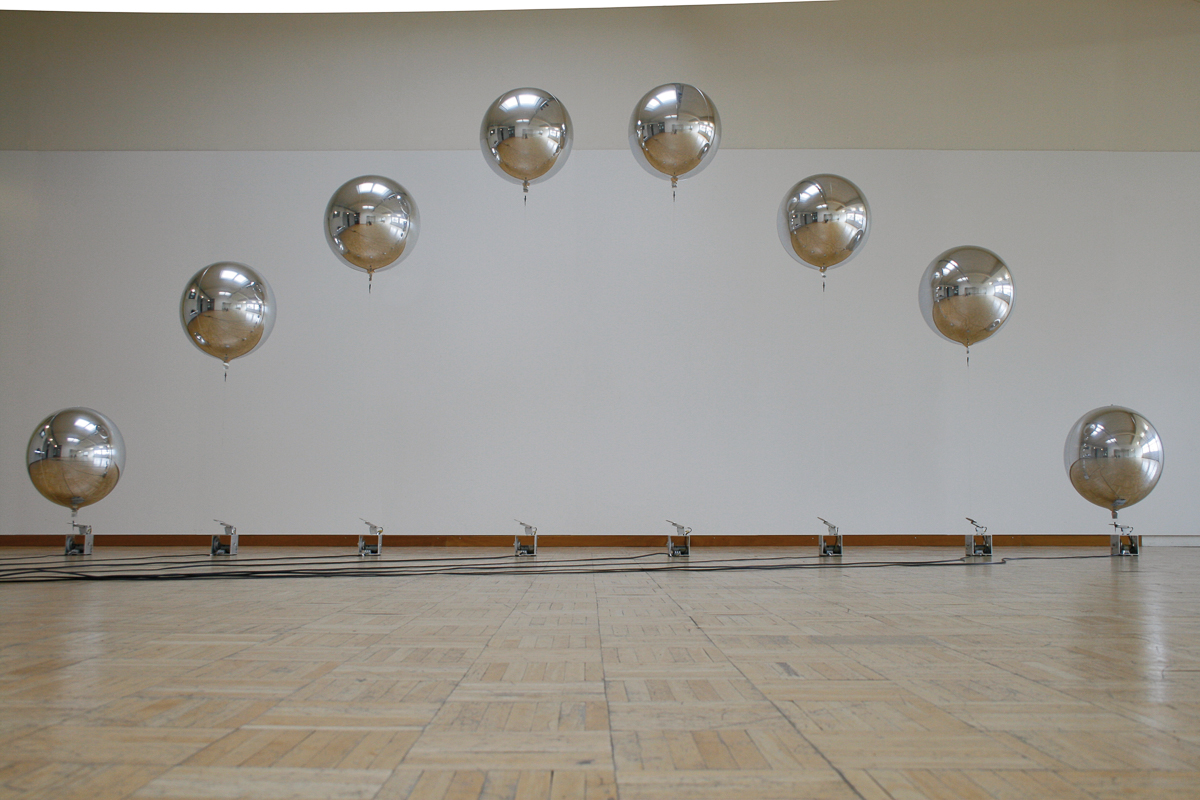 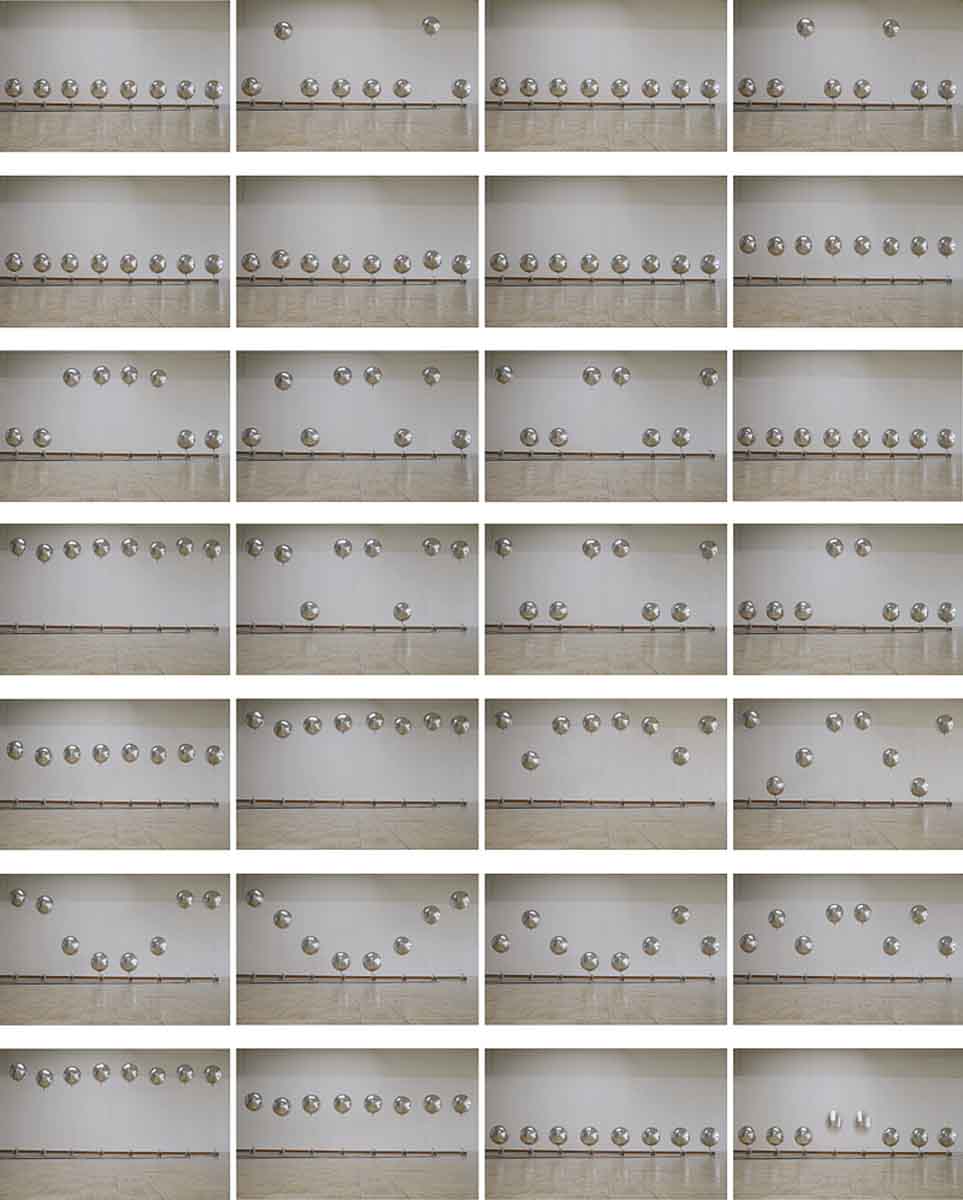 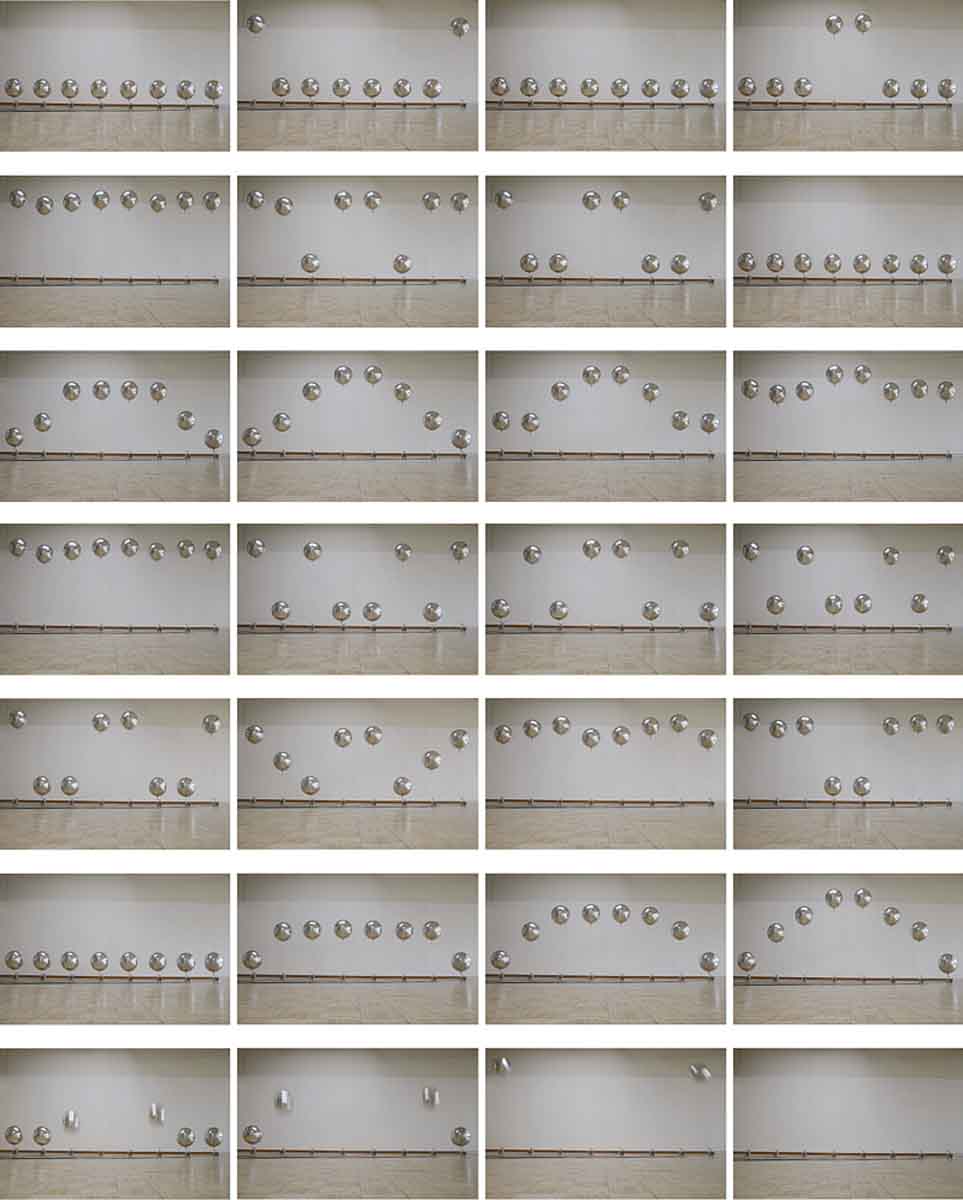 Eight balloons that reflect their surrounding environment are filled with helium and arranged at an equal distance from one another in a horizontal line. Each balloon is attached by a thread to a winding motor. A computer program controls the ascent and descent of the balloons in such a way that a symmetrical choreography comes about: corresponding pairs carry out synchronous movements. Rhythmic motor noises can be heard when the winding mechanisms are active. After 12 minutes and 40 seconds the balloons either remain attached or detach themselves from the winders and float upwards to the ceiling.