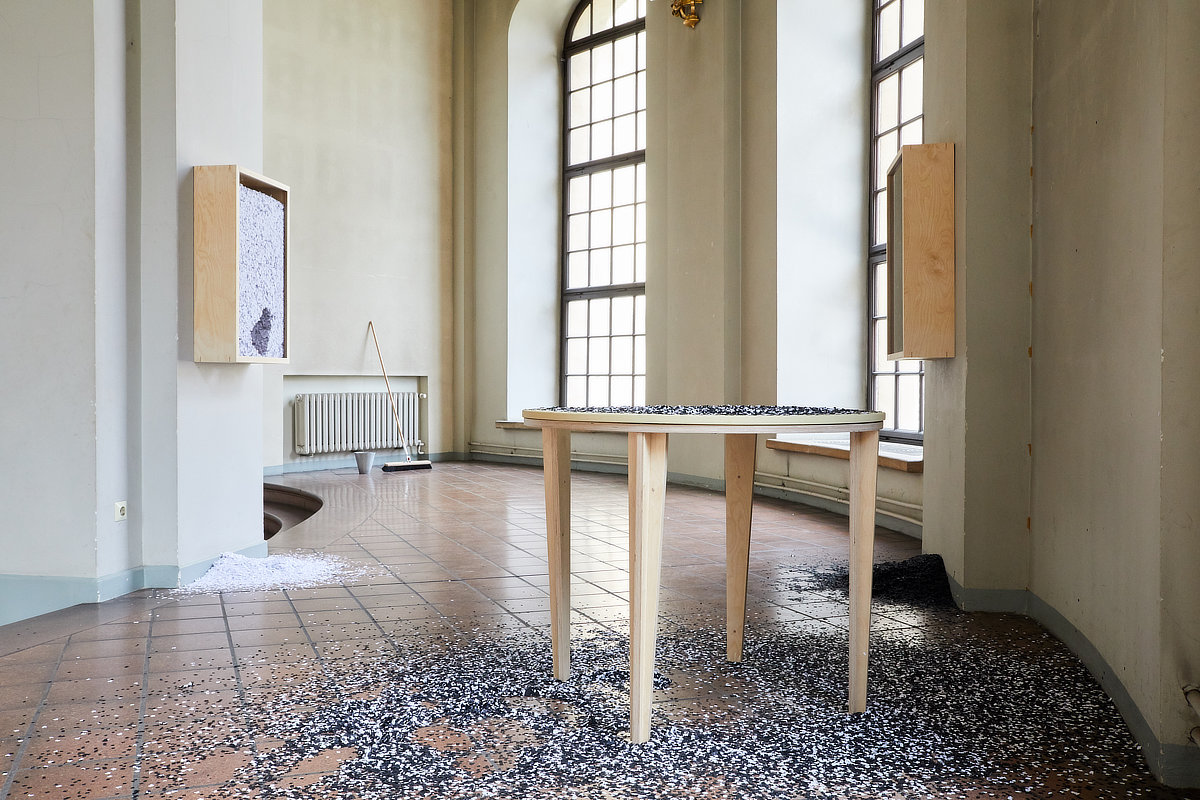 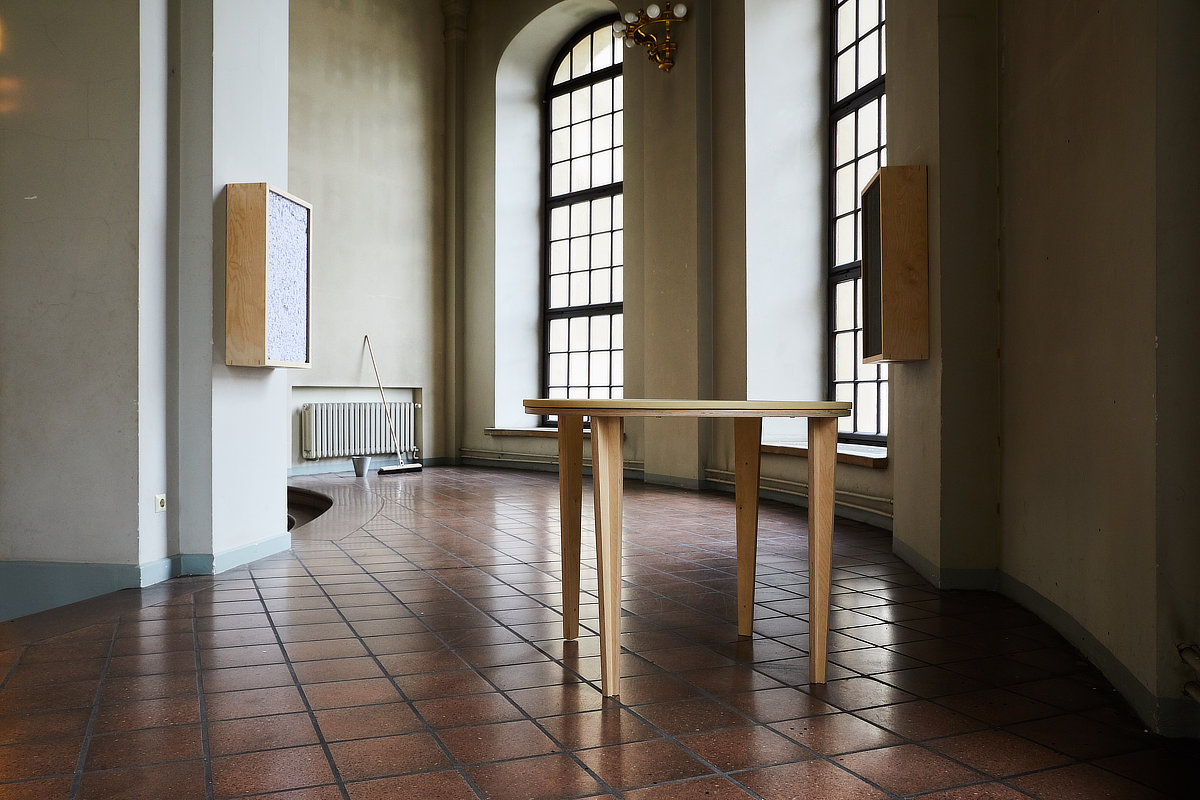 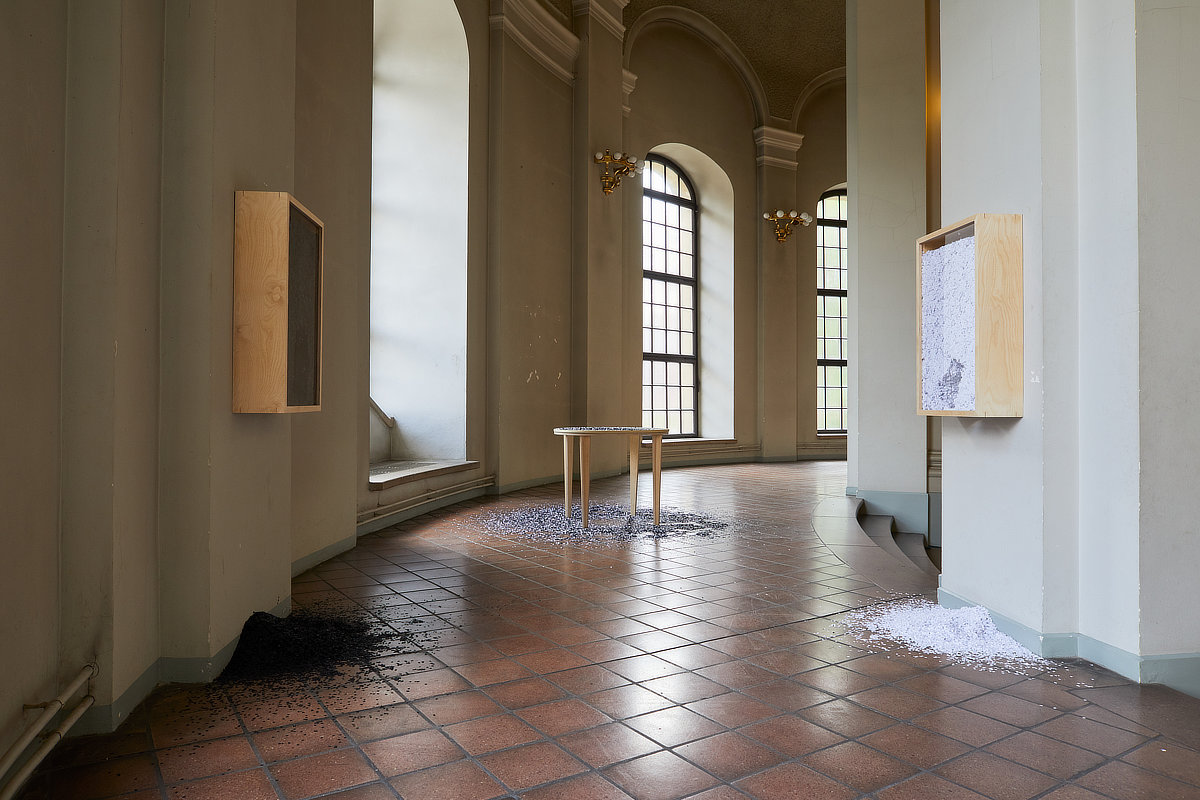 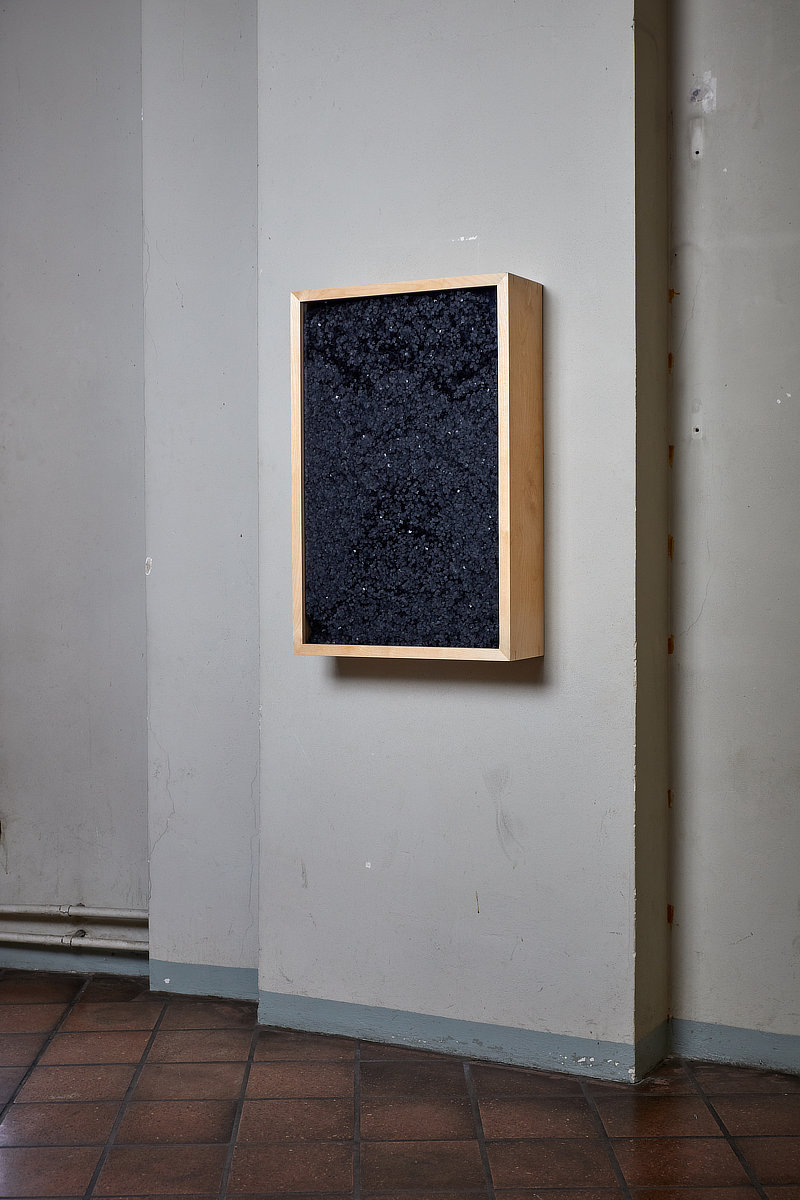 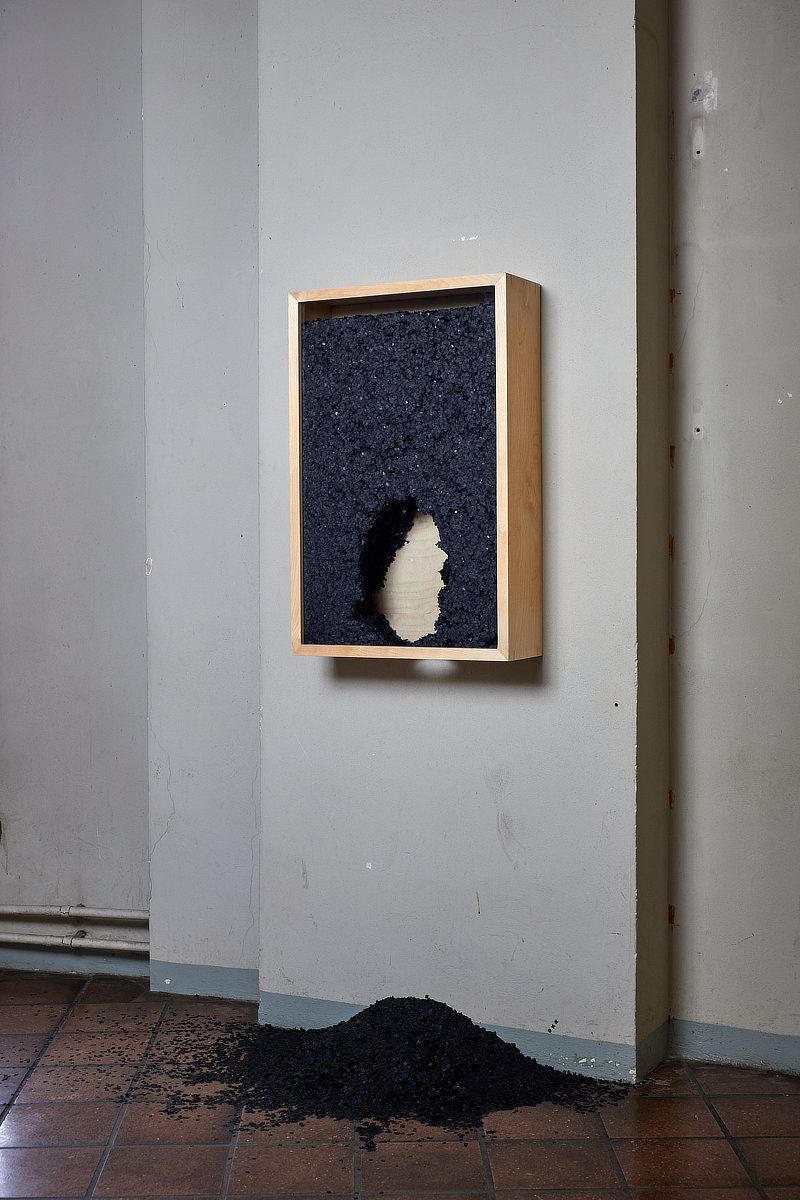 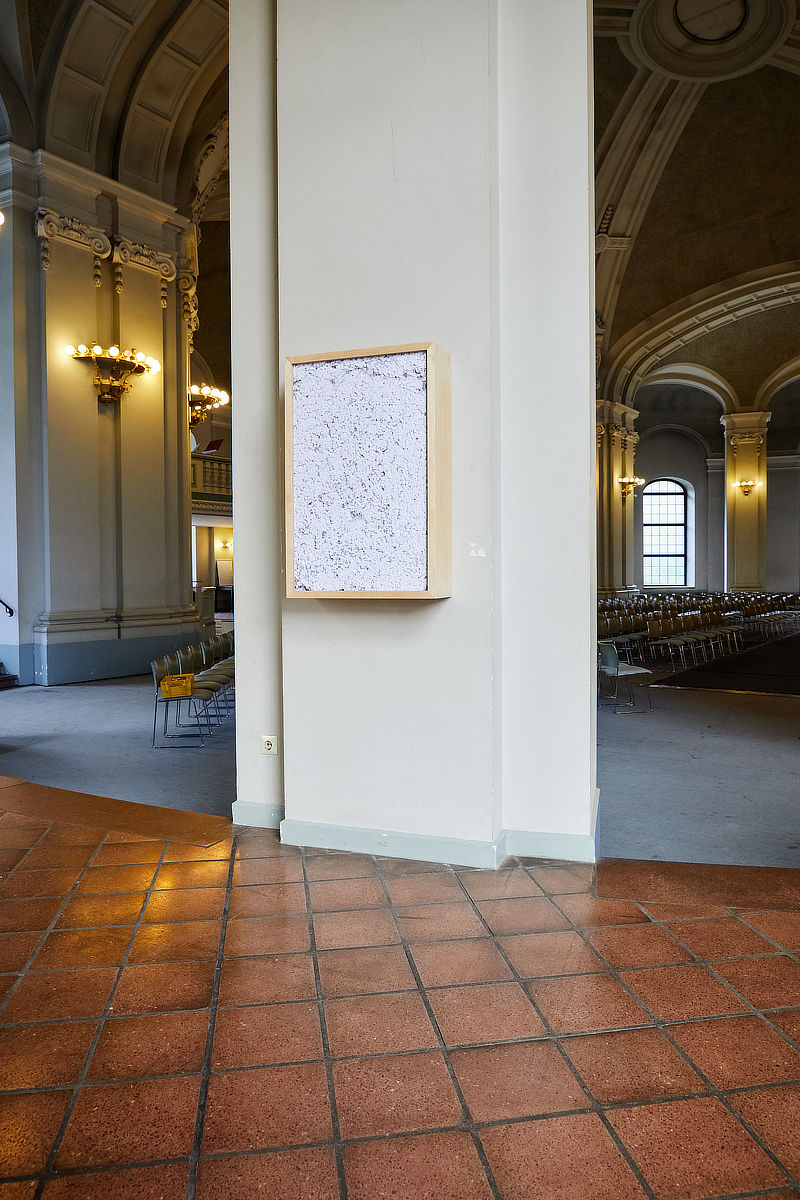 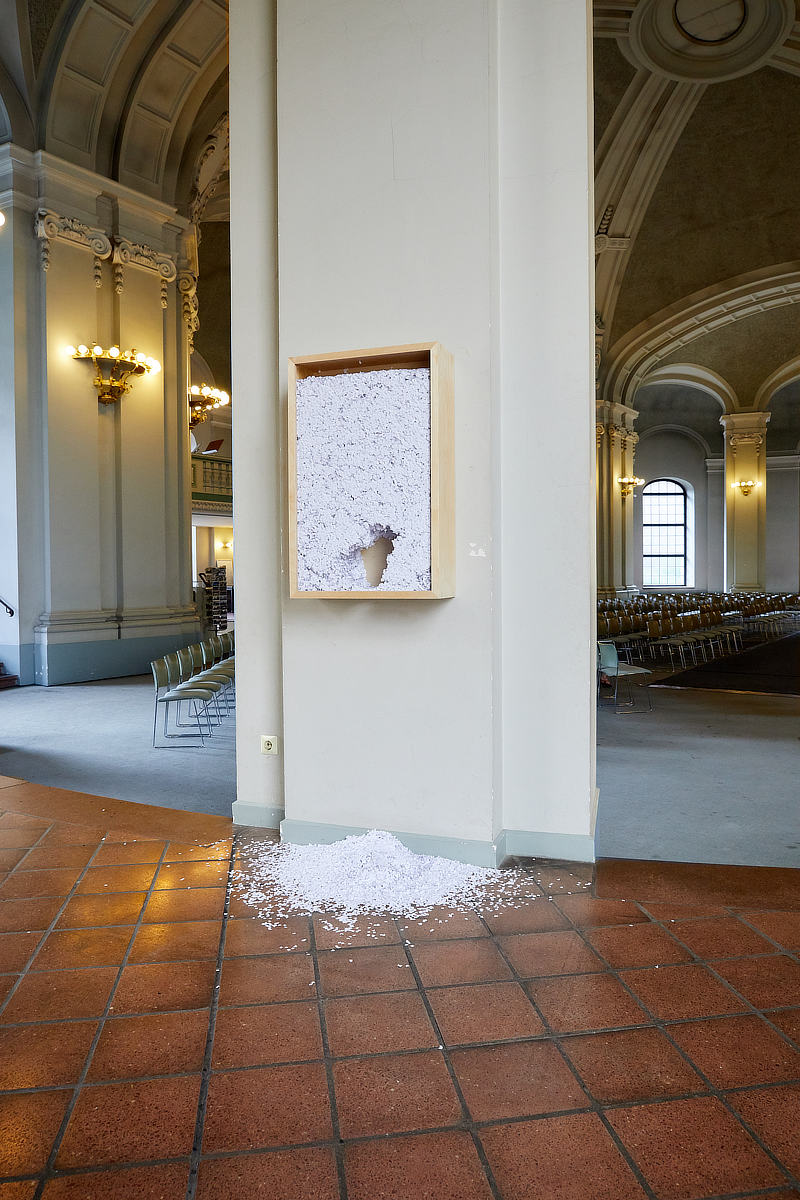 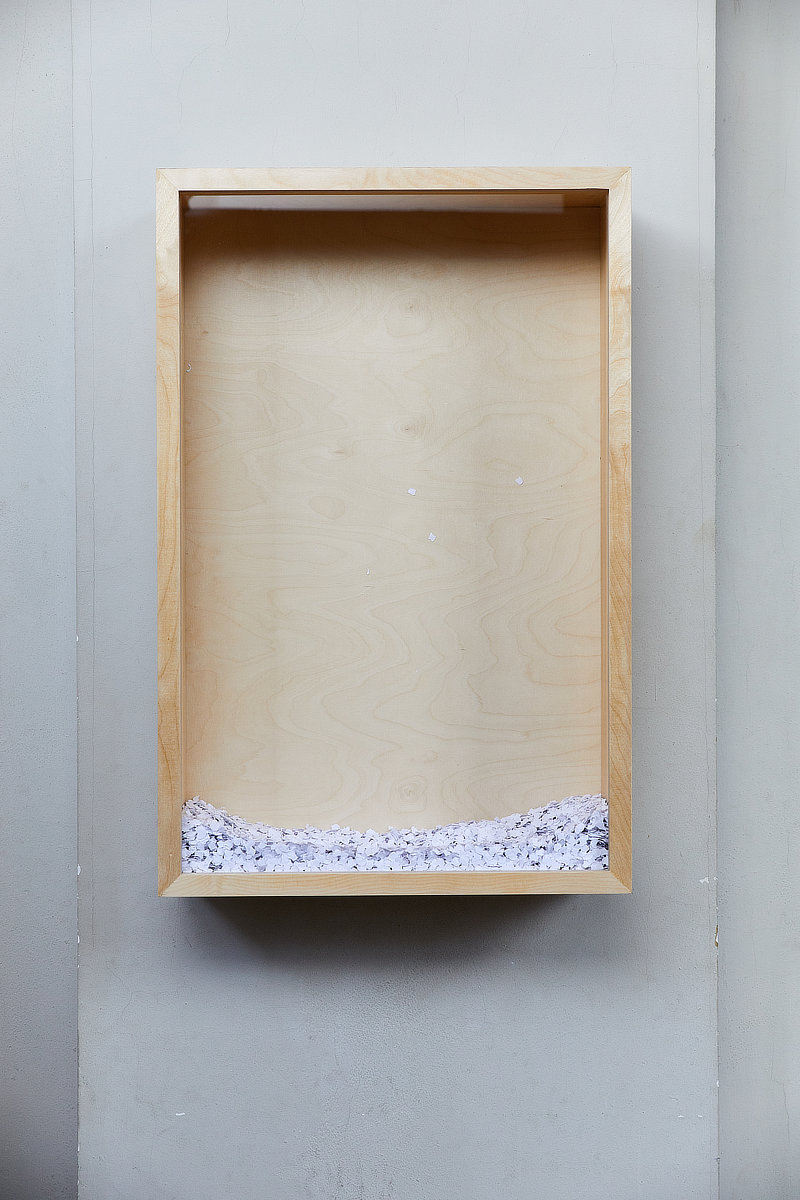 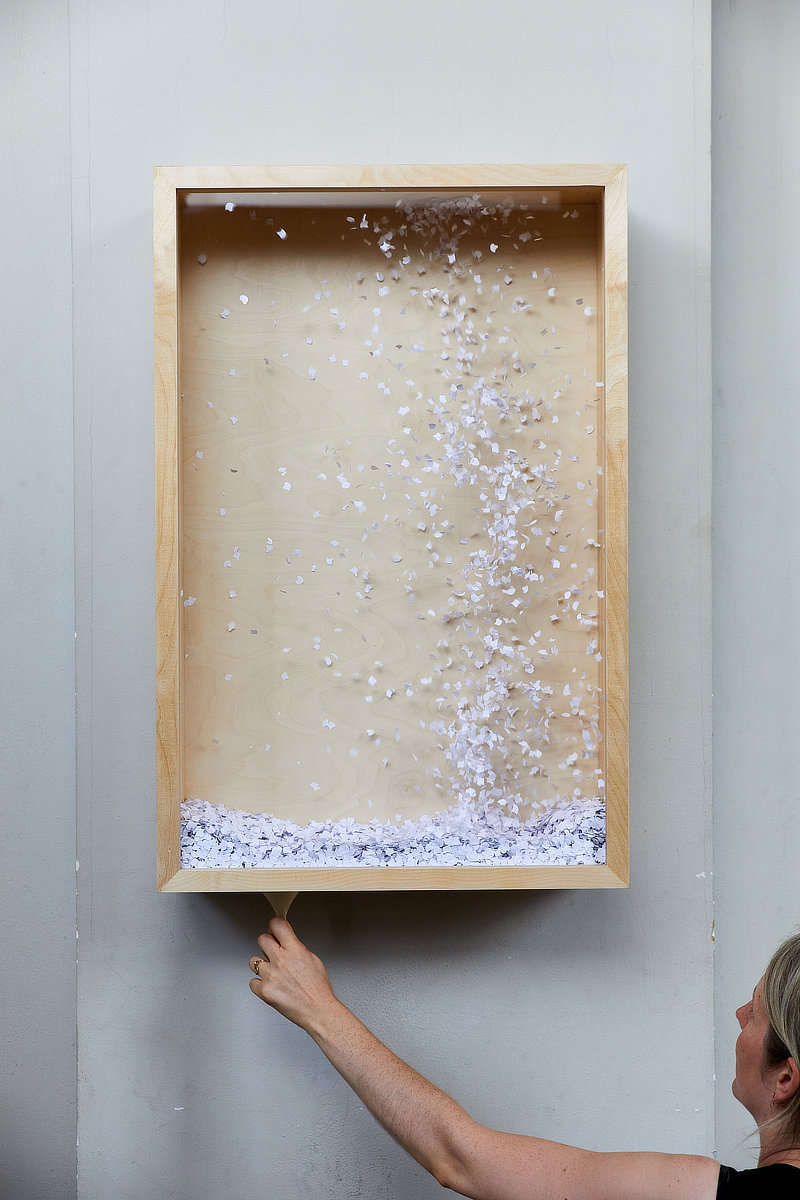 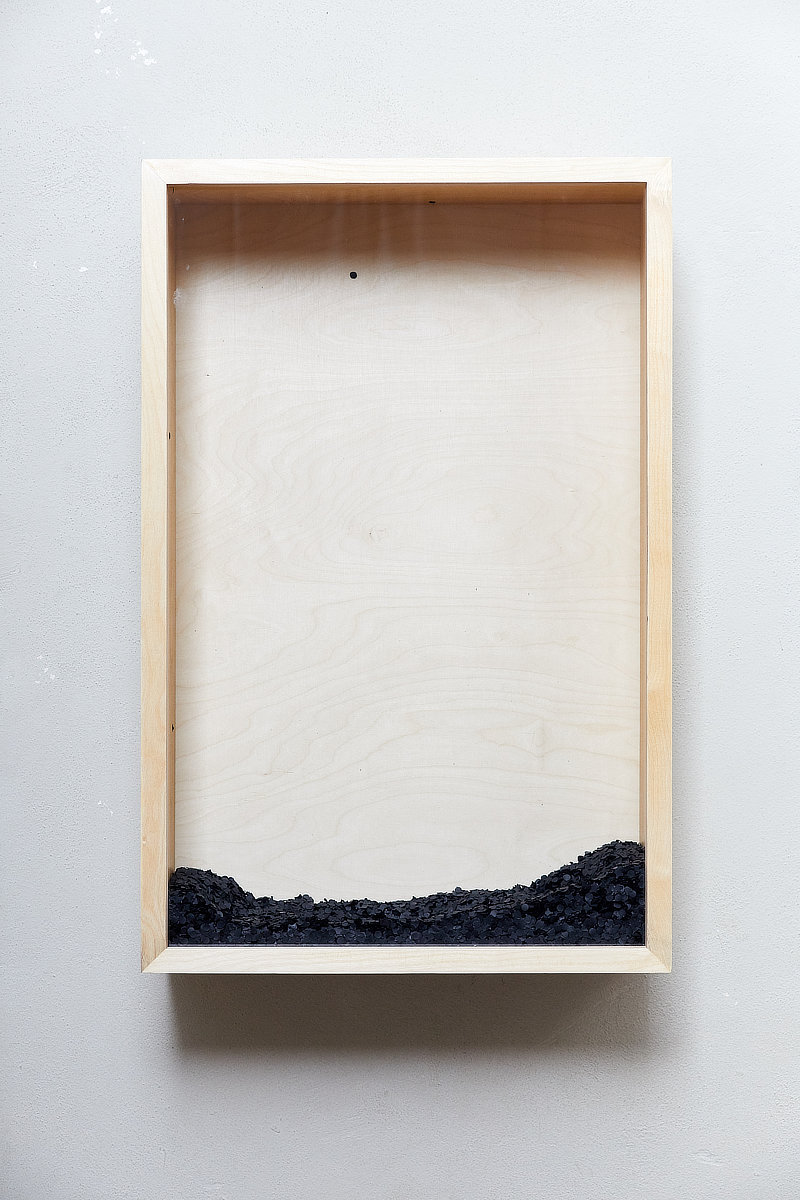 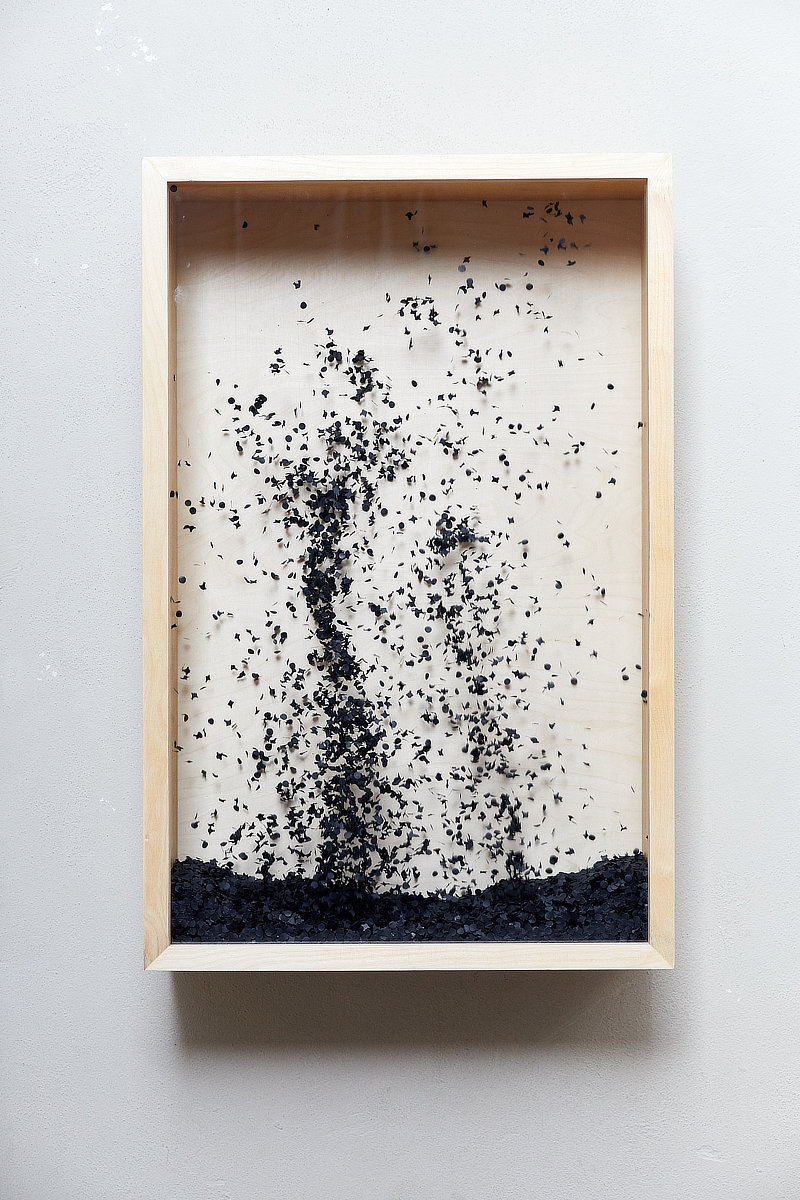 On a raised section on the left of the nave, two wooden boxes hang on the wall facing one another. They each contain some snippets of paper, either black or white. Their undersides are made of latex. If these are pulled and released, the snippets shoot through the box. In the middle of the raised section on the other side of the church stands a large table whose top has been replaced by a latex membrane. To its right there are also two wooden boxes hanging facing one another on the wall. They are filled with black or white snippets of paper. Visitors can reach into the boxes from below, remove some of the filling – either black or white, or a mixture of both – and place it on the table for a further action. The gradual removal of the tightly packed paper causes holes and ducts to appear in the boxes. If the elastic tabletop is pulled down and released, the snippets fly up like a fountain, mingle in the air and are distributed over the floor. A broom and bucket are also available for the visitors’ creative use.