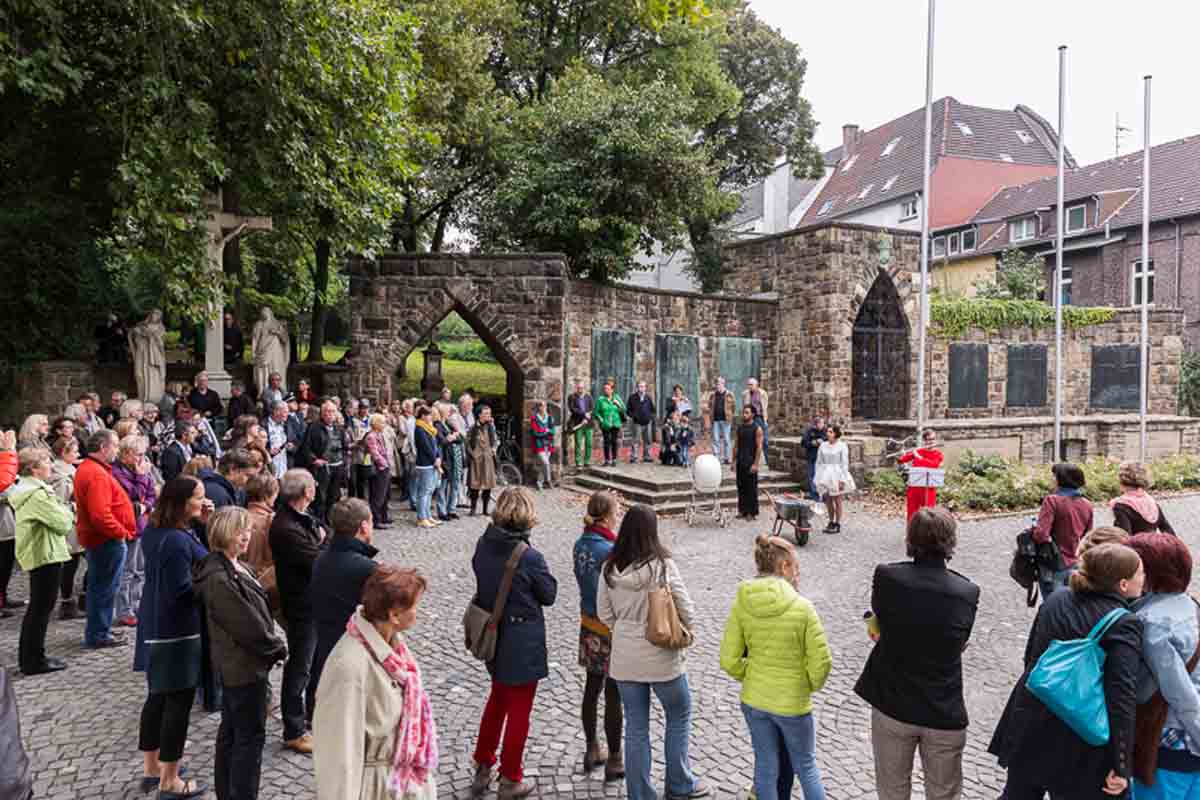 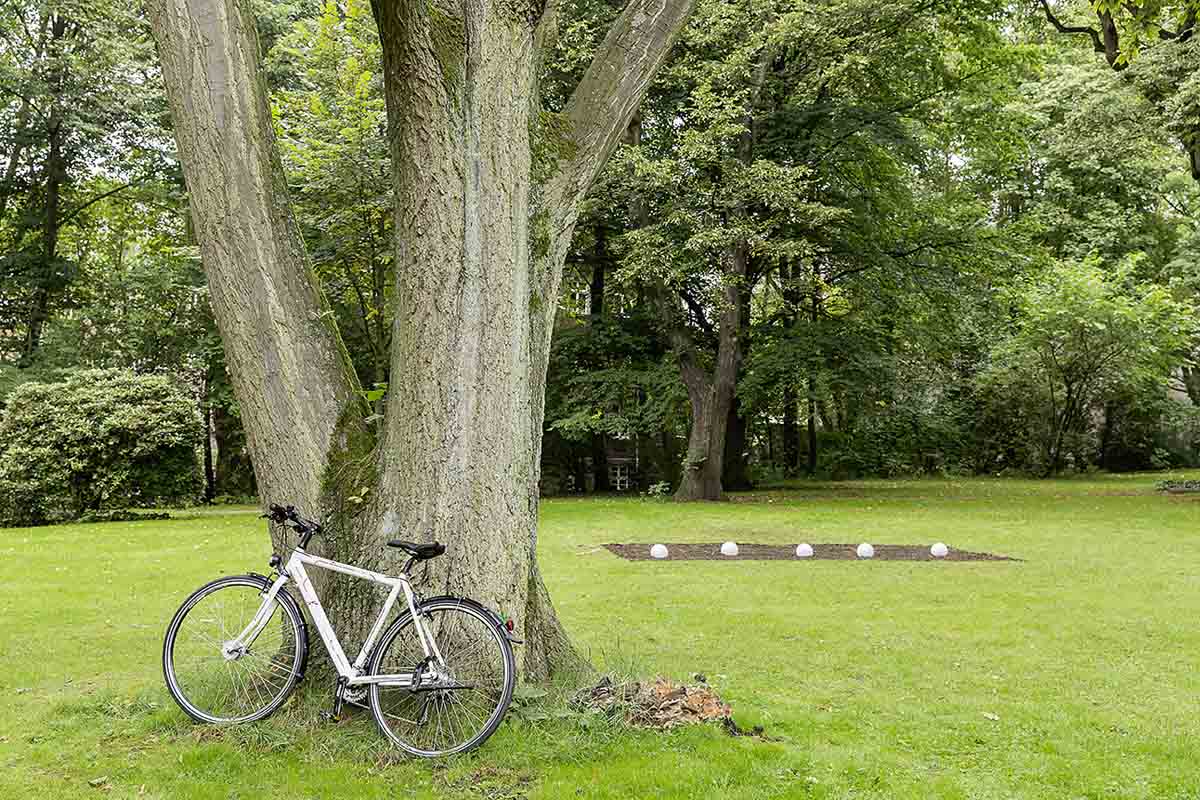 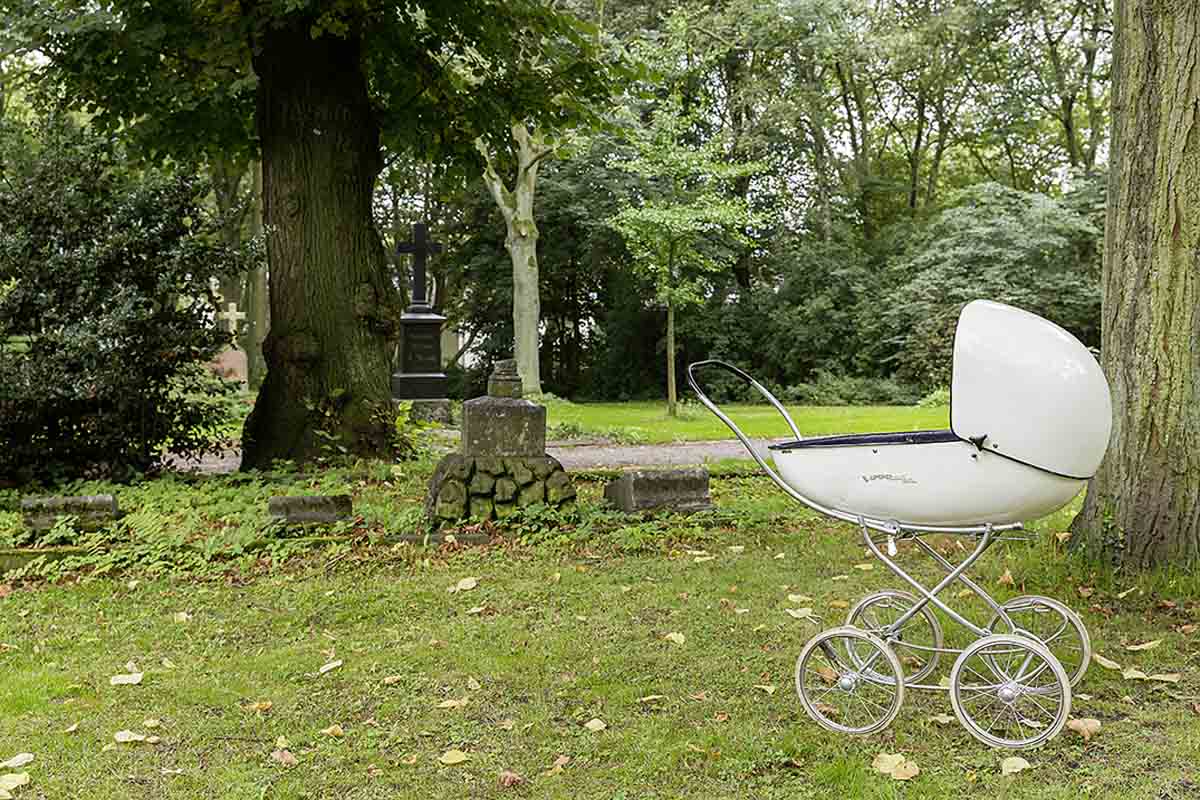 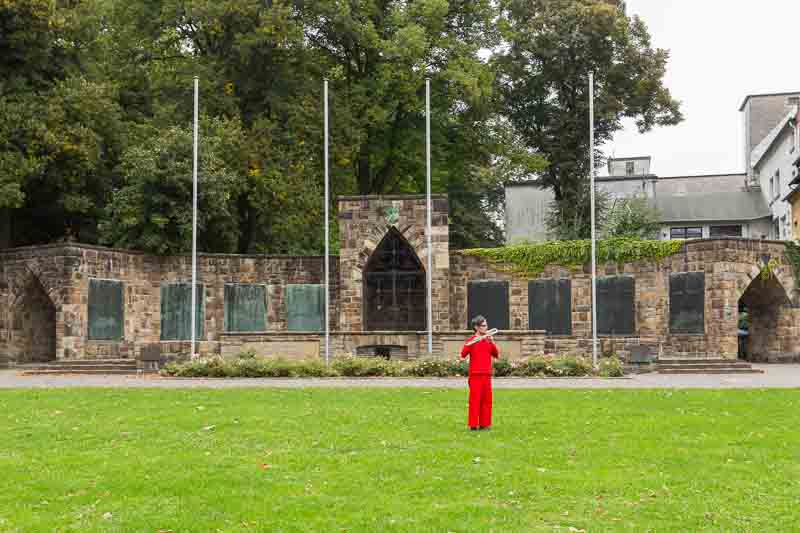 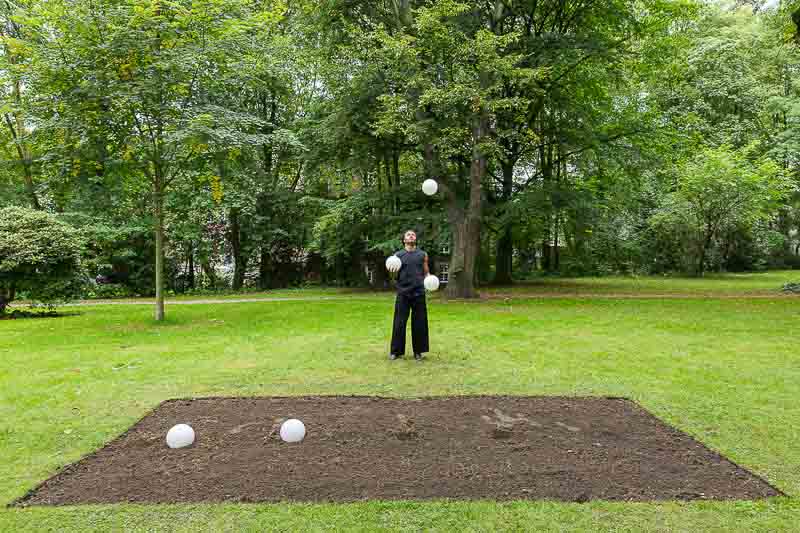 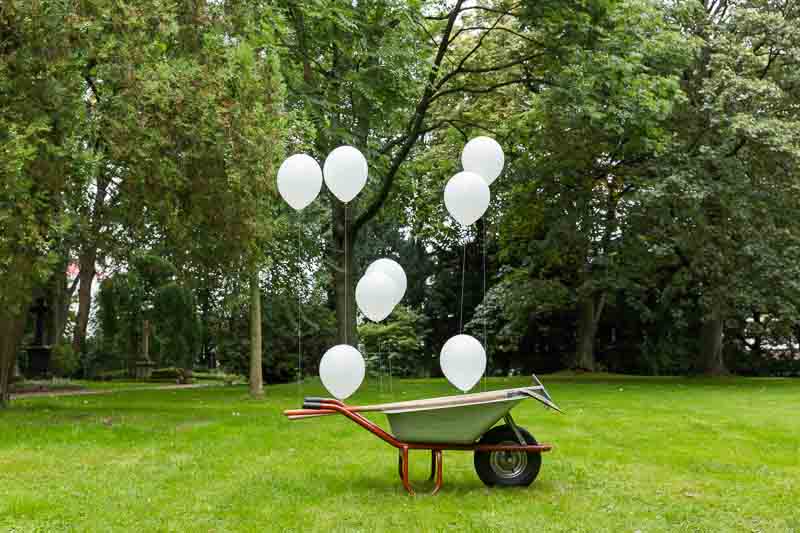 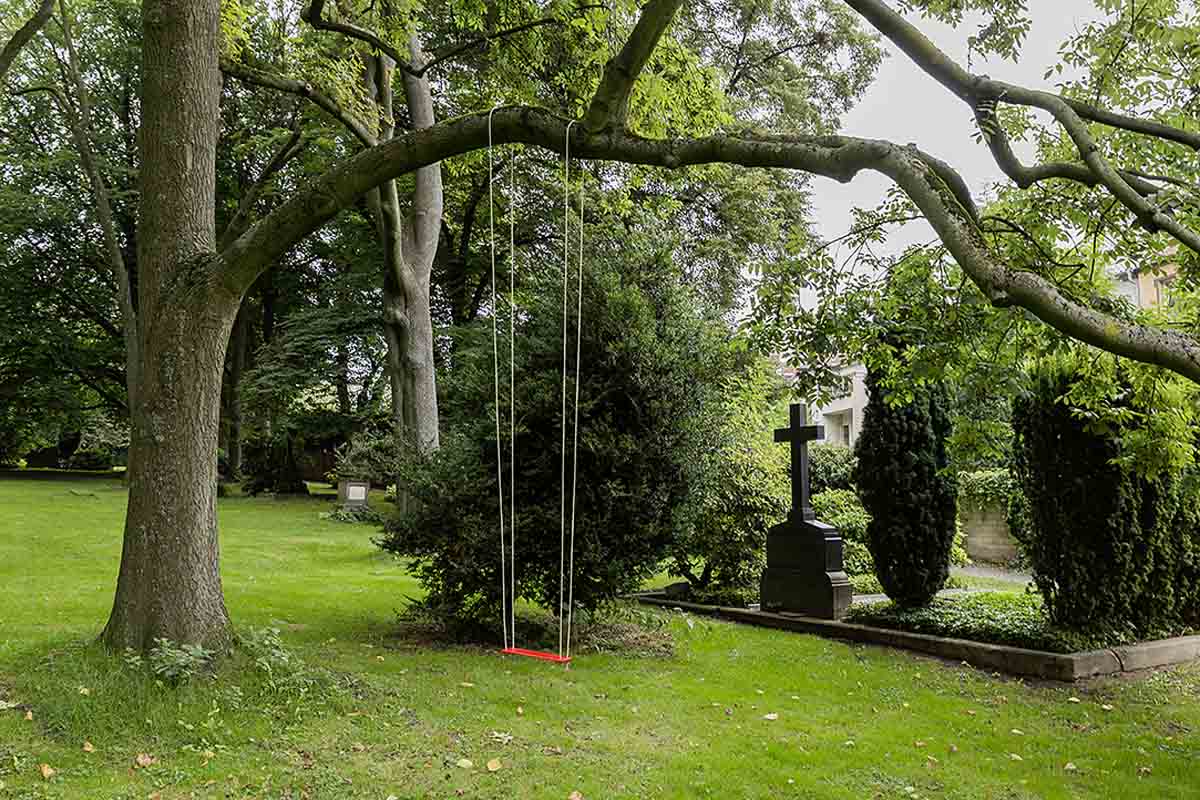 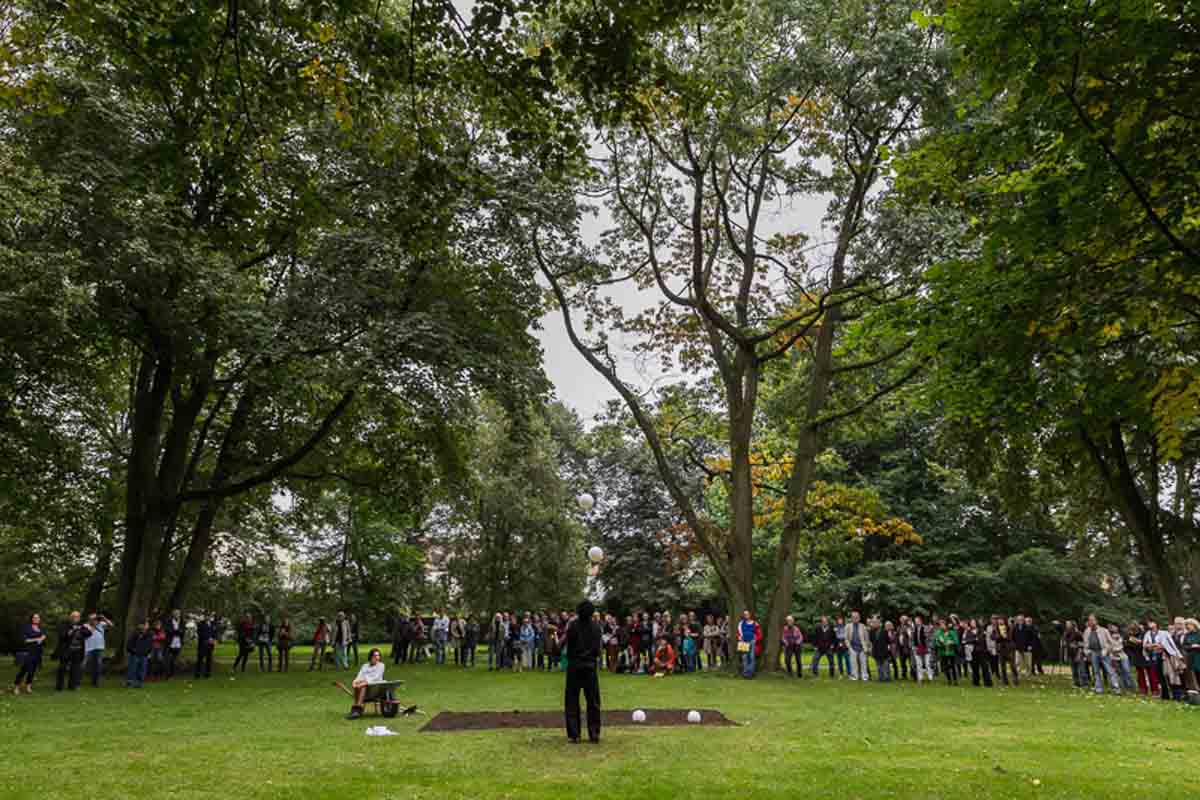 The audience gathers on the cemetery forecourt around a man dressed in red playing the flute. After the fifteen-minute piece of music, he leads the audience through the cemetery gateway. Nearby, a woman in a white dress rides a racing bike. A red swing hangs still, but it will later move back and forth. A man in black goes into action on an open lawn. He sets down a wheelbarrow filled with gardening tools, to which eight white helium balloons are attached with strings. He takes the balloons one by one, letting them rise into the air. The woman joins in this game—at the end of which the balloons are allowed to float up into the sky—and is then transported in the wheelbarrow to the next setting, a ball bed. Five white balls lie in a row on the rectangular patch of ground. The man “harvests” the balls before juggling with them. Then he lays them one by one in a baby carriage that has been brought in, and leaves the cemetery with it. After the man has disappeared, the woman, who has remained lying in the wheelbarrow during this action, rakes the empty bed and pushes the wheelbarrow with all the tools out of the scene—followed by the flutist, who has accompanied all the actions with short pieces of music. The object-theater piece, which circles around the movement of very different matter and materials on the ground and especially in the air, ends with flute-playing back on the cemetery forecourt.