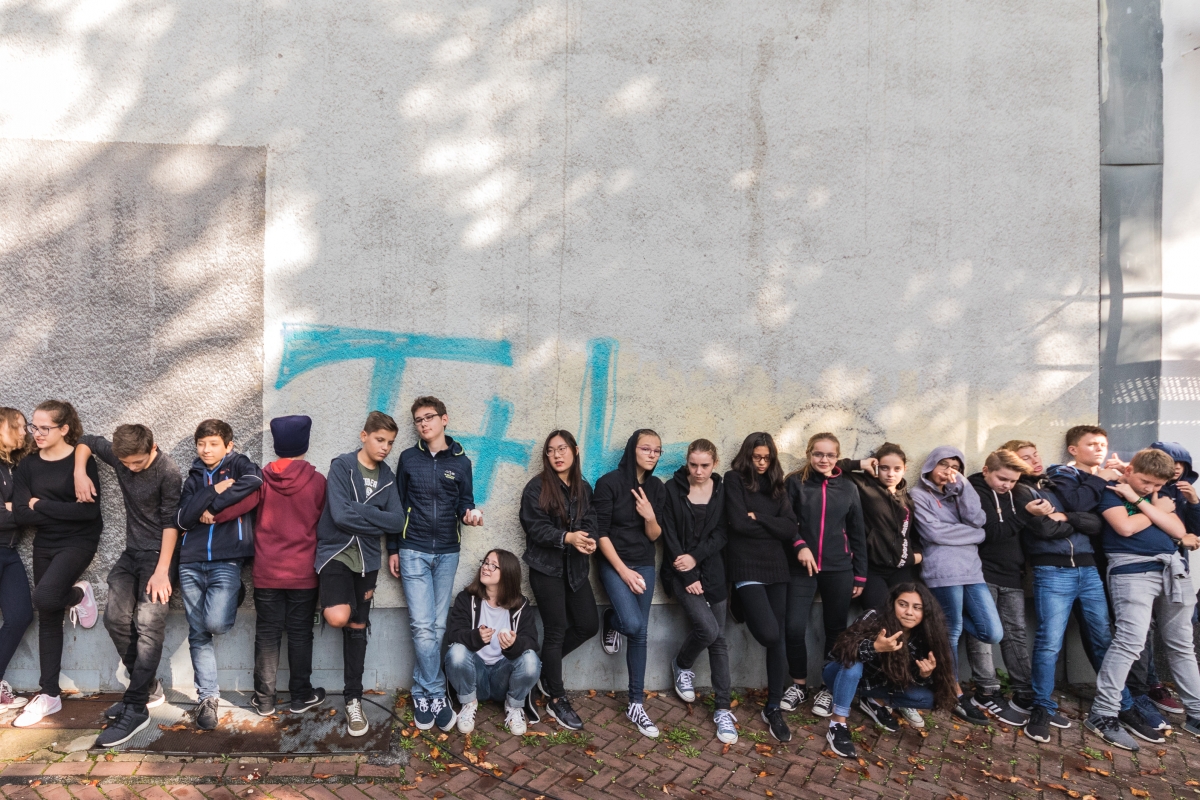 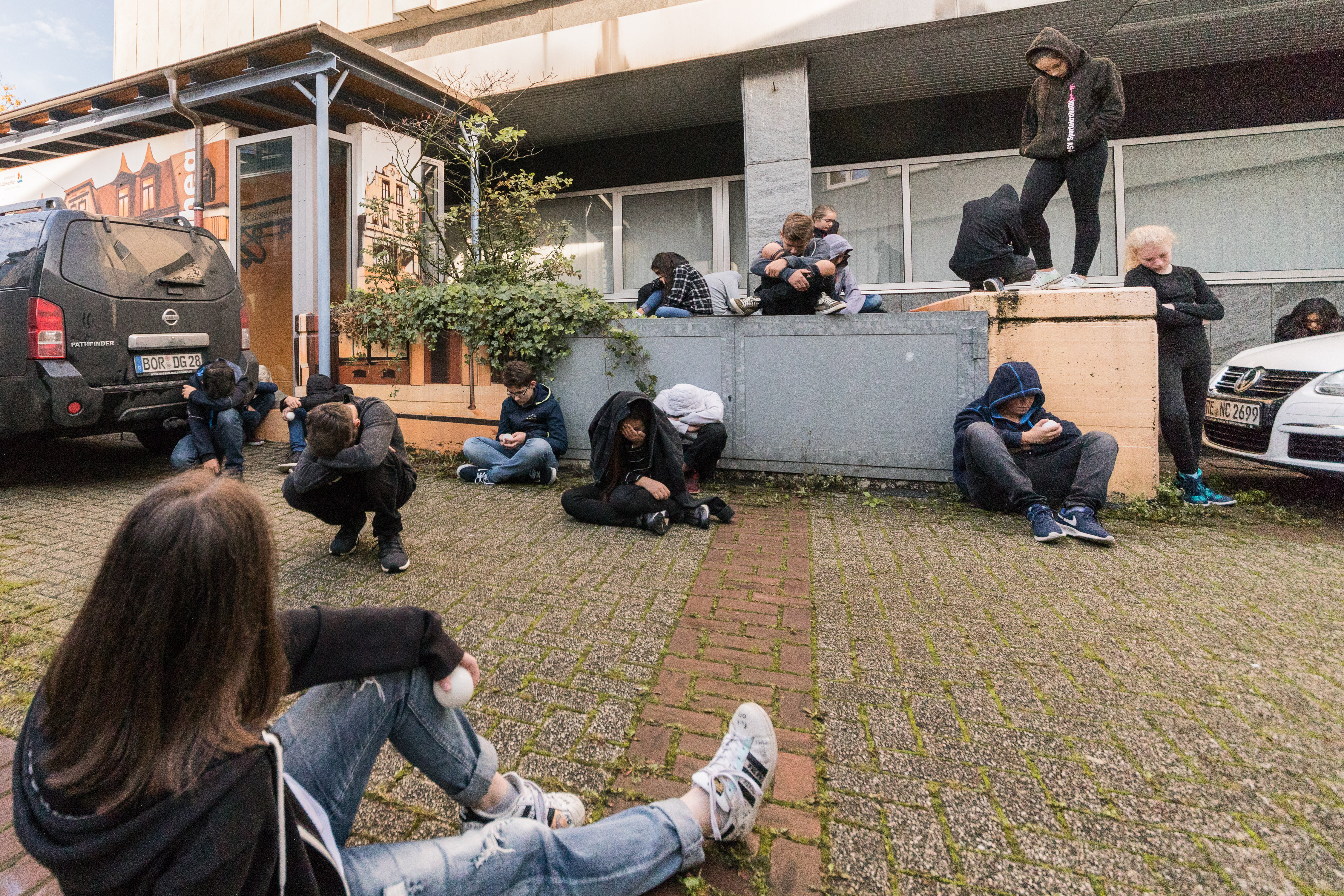 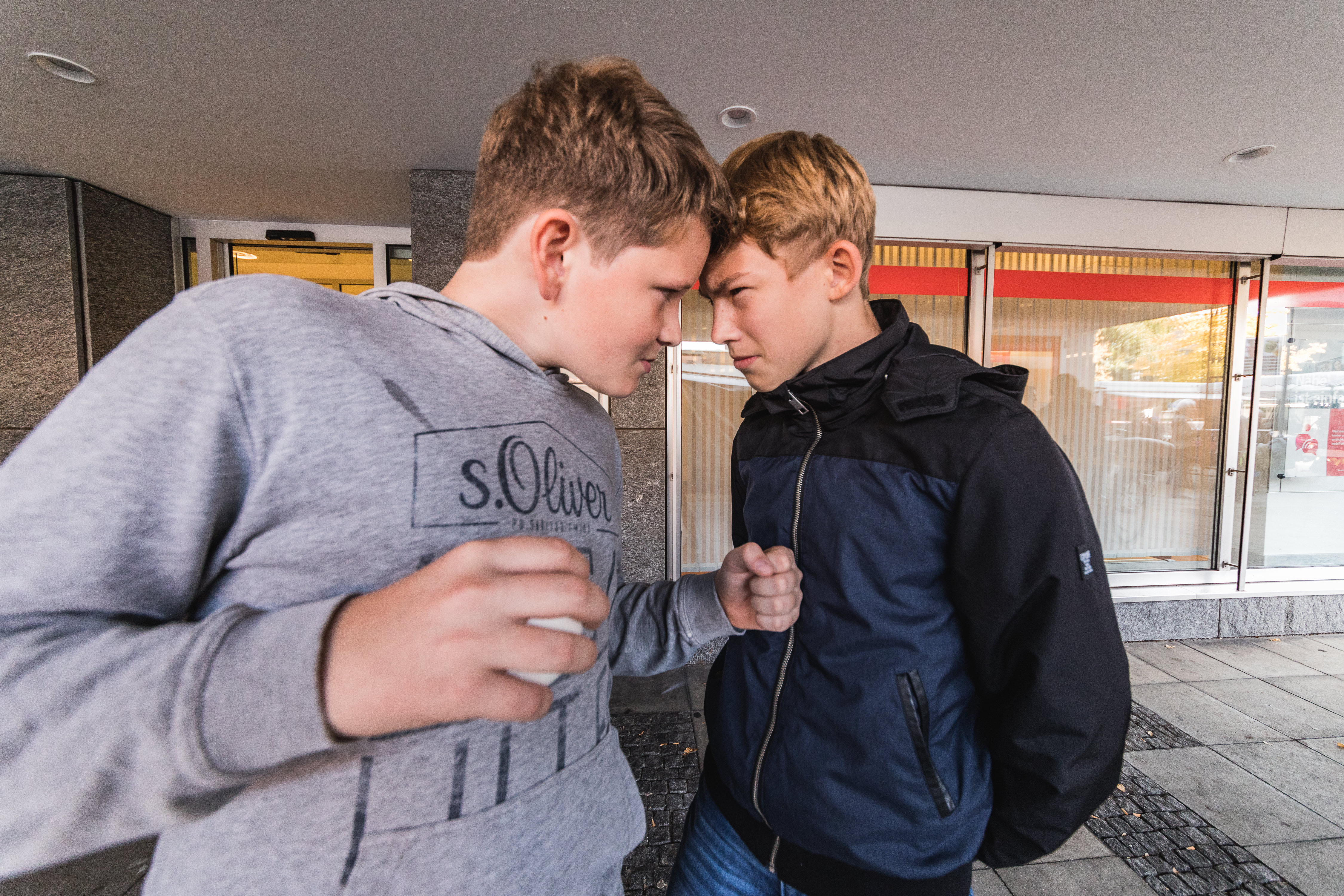 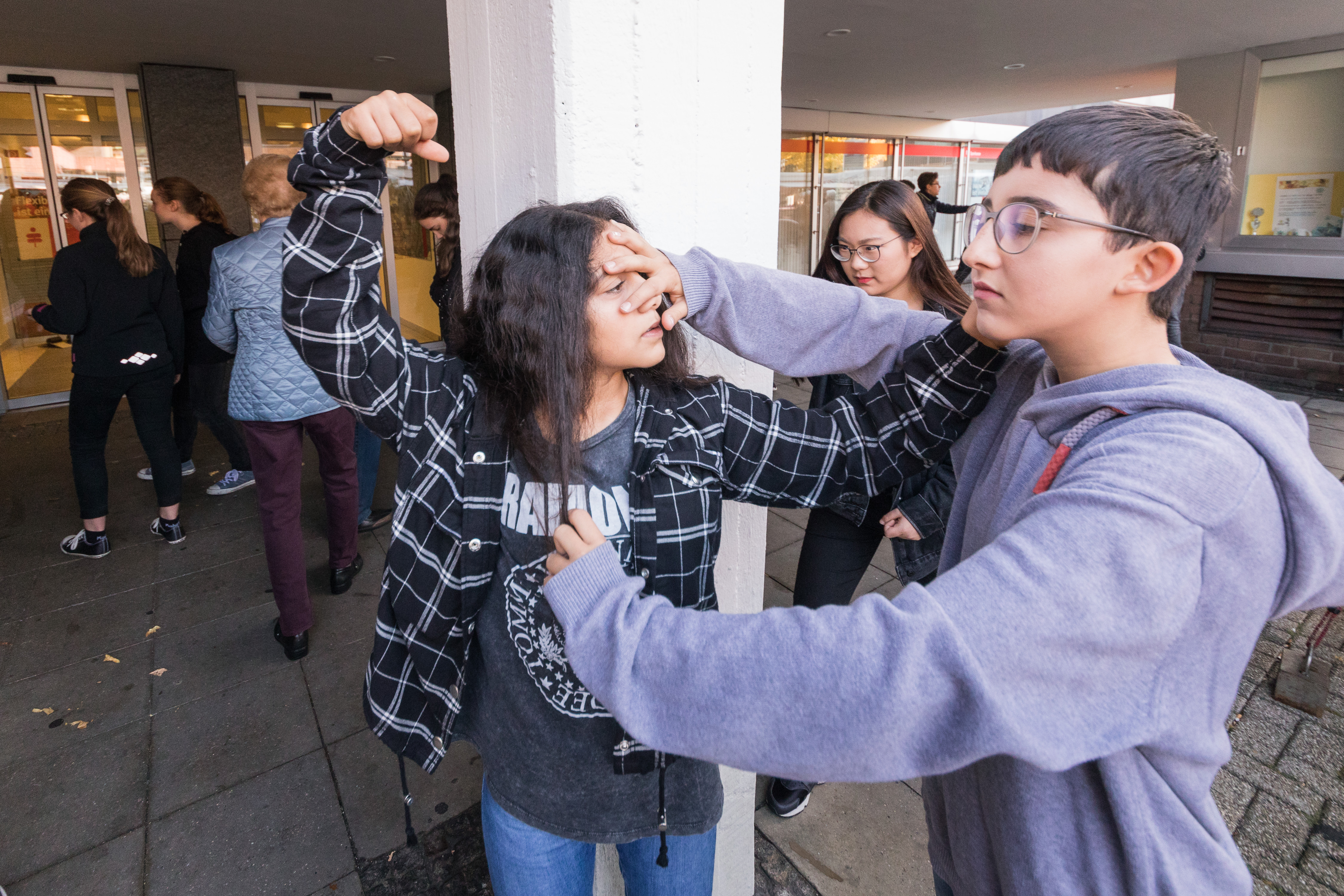 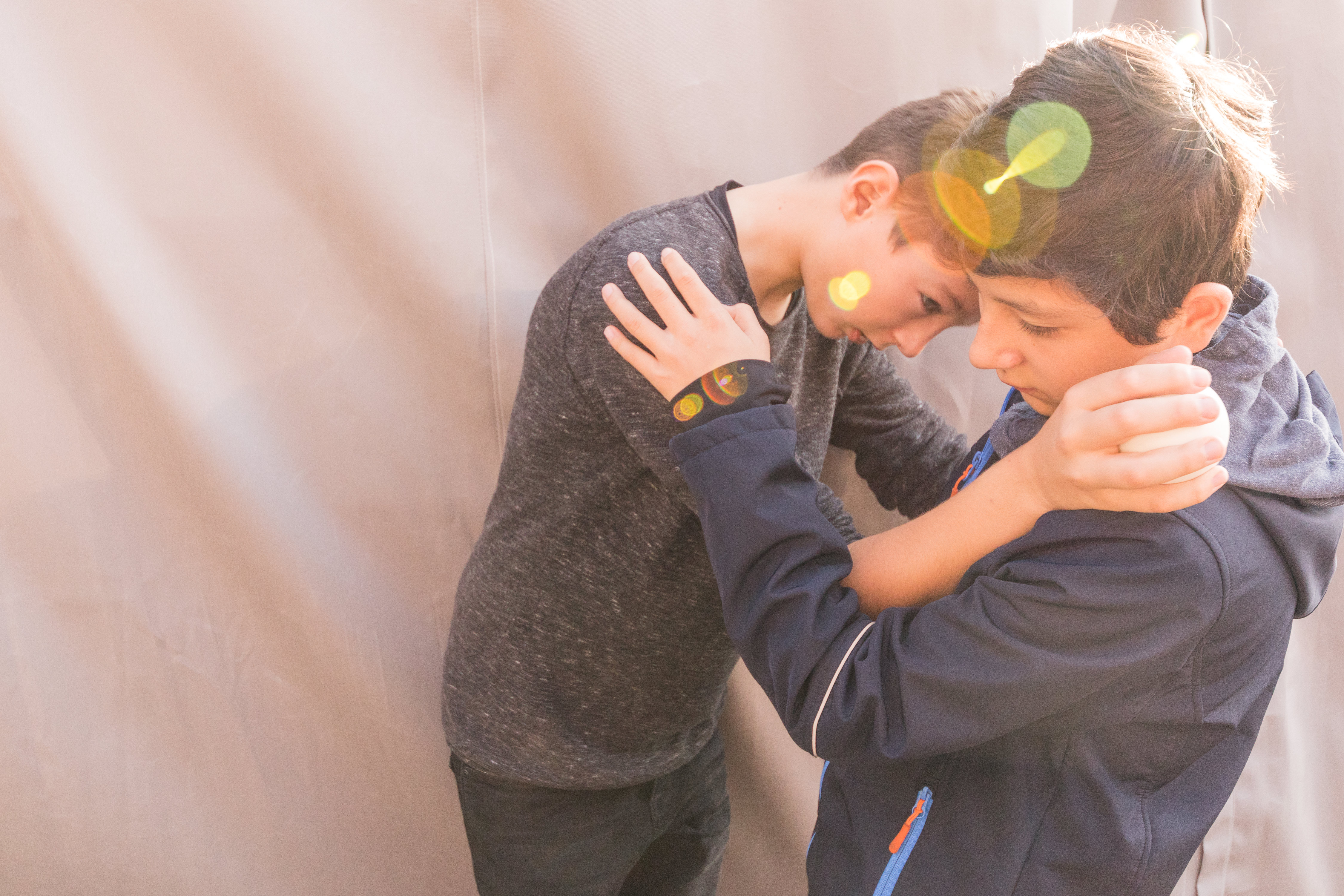 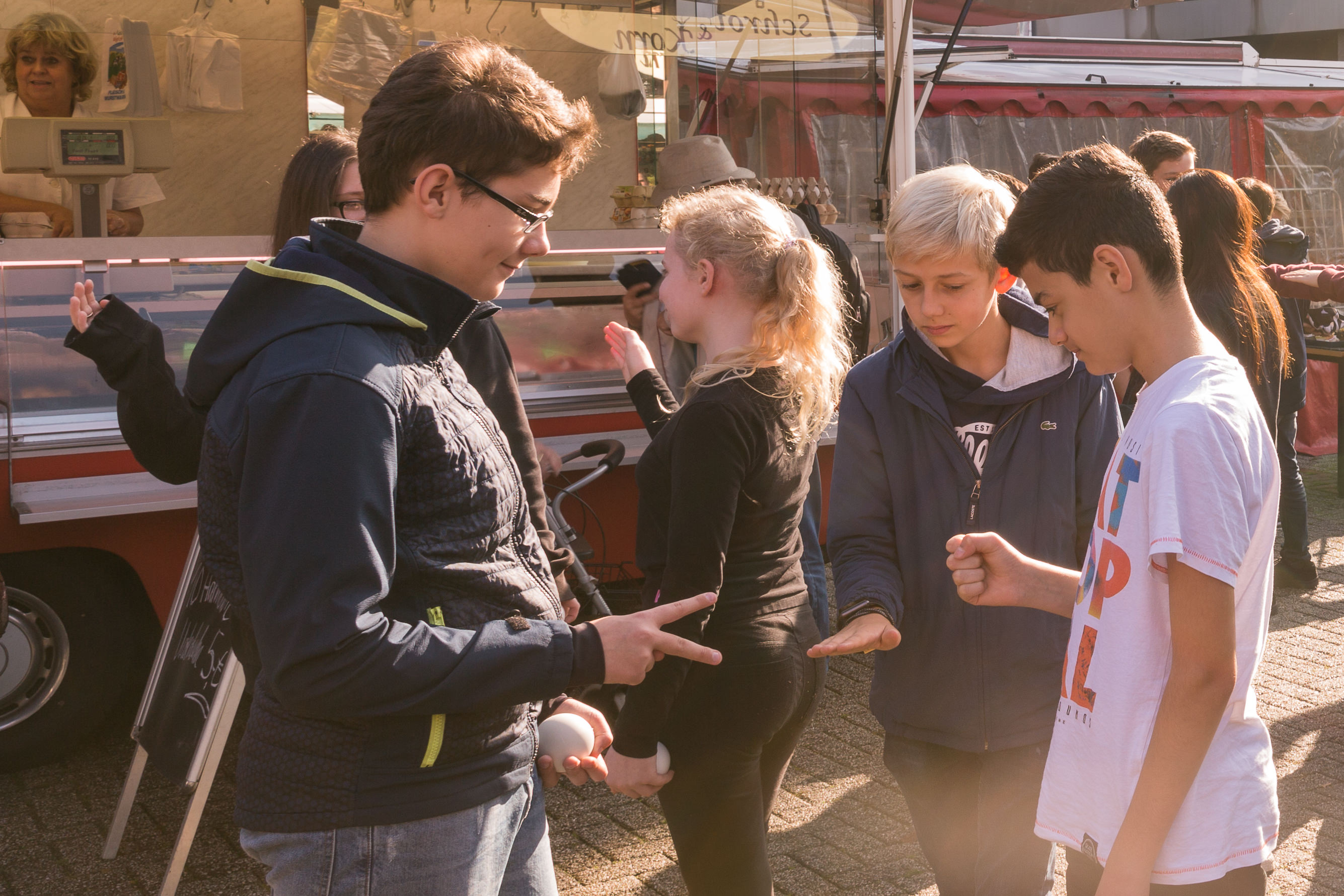 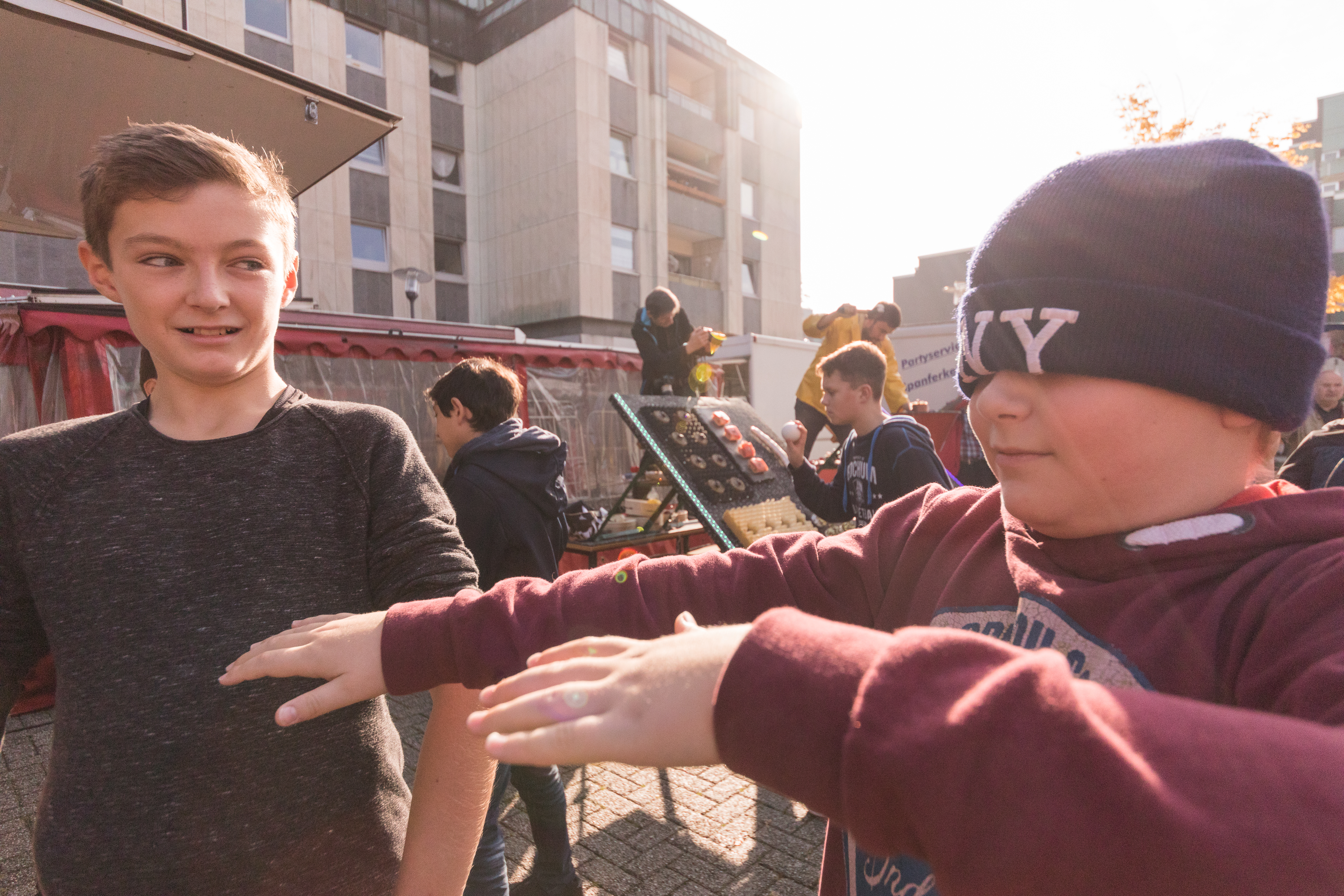 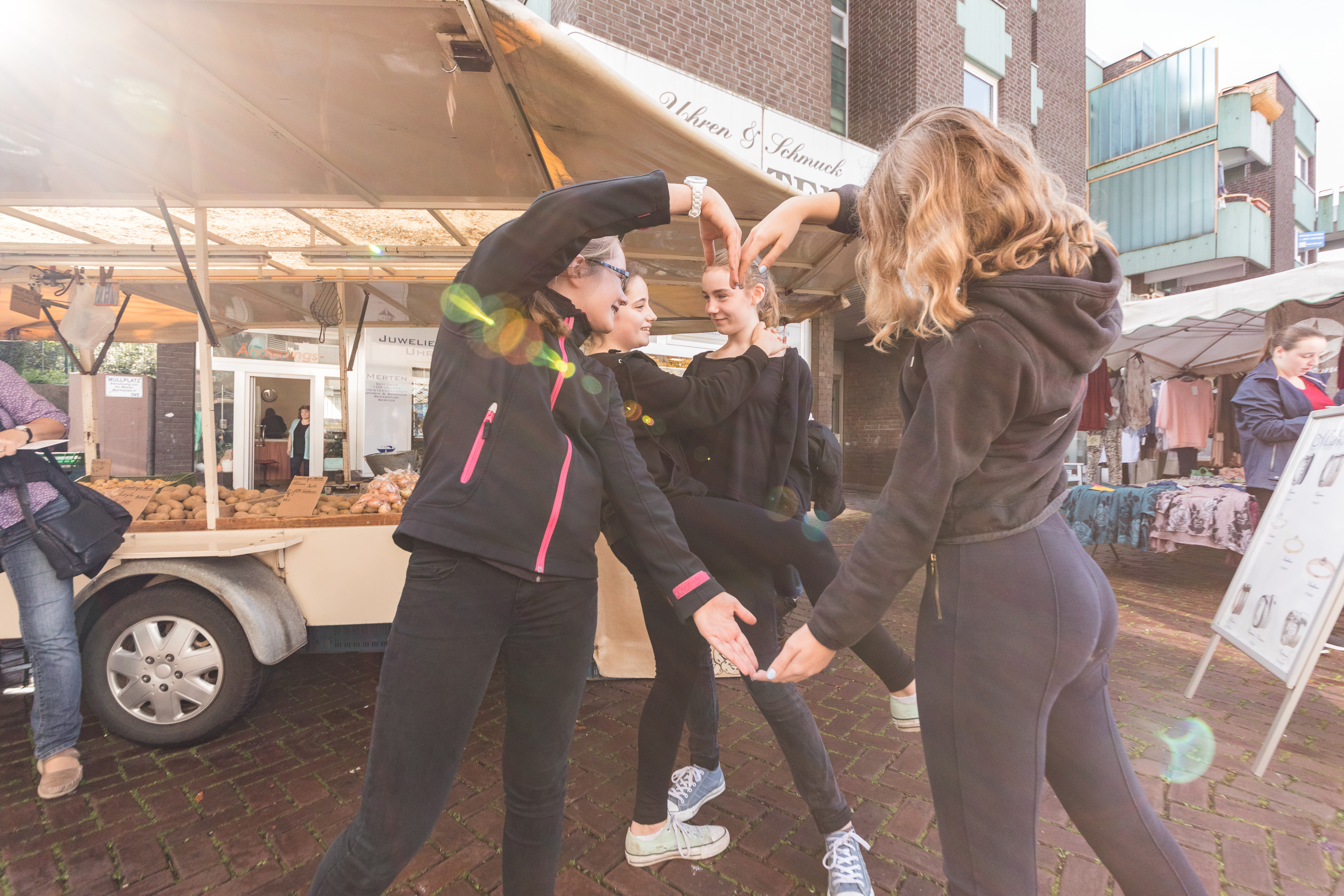 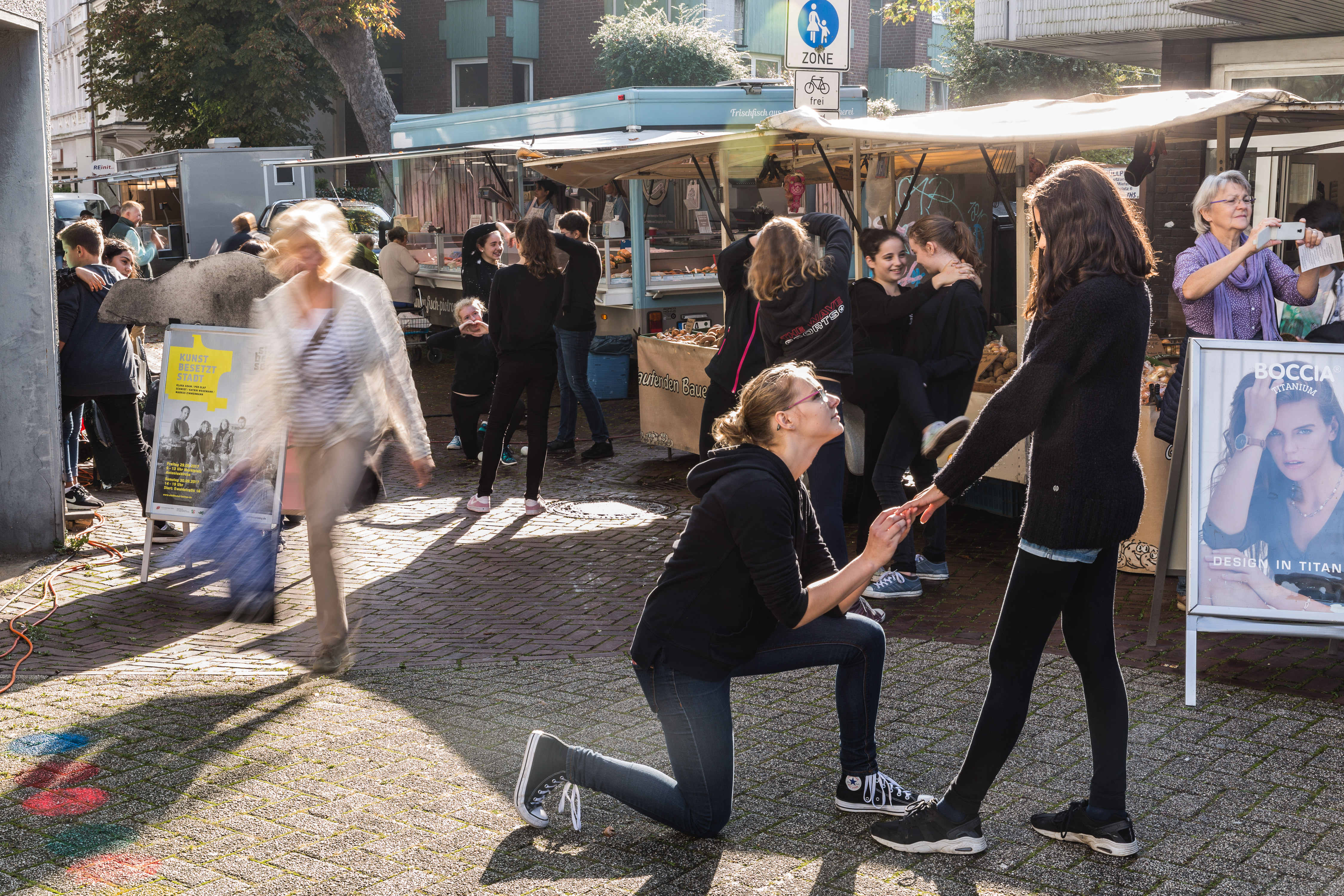 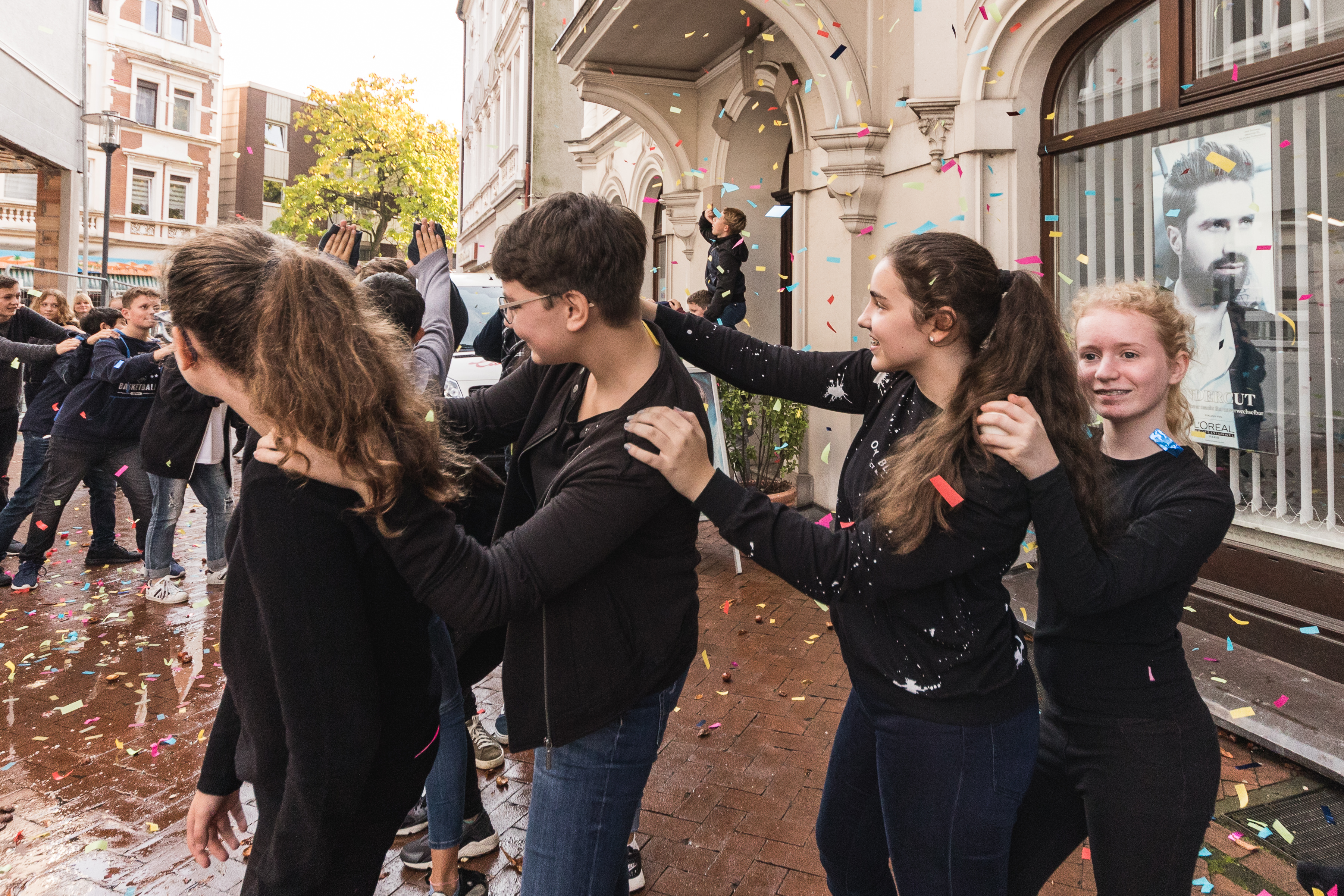 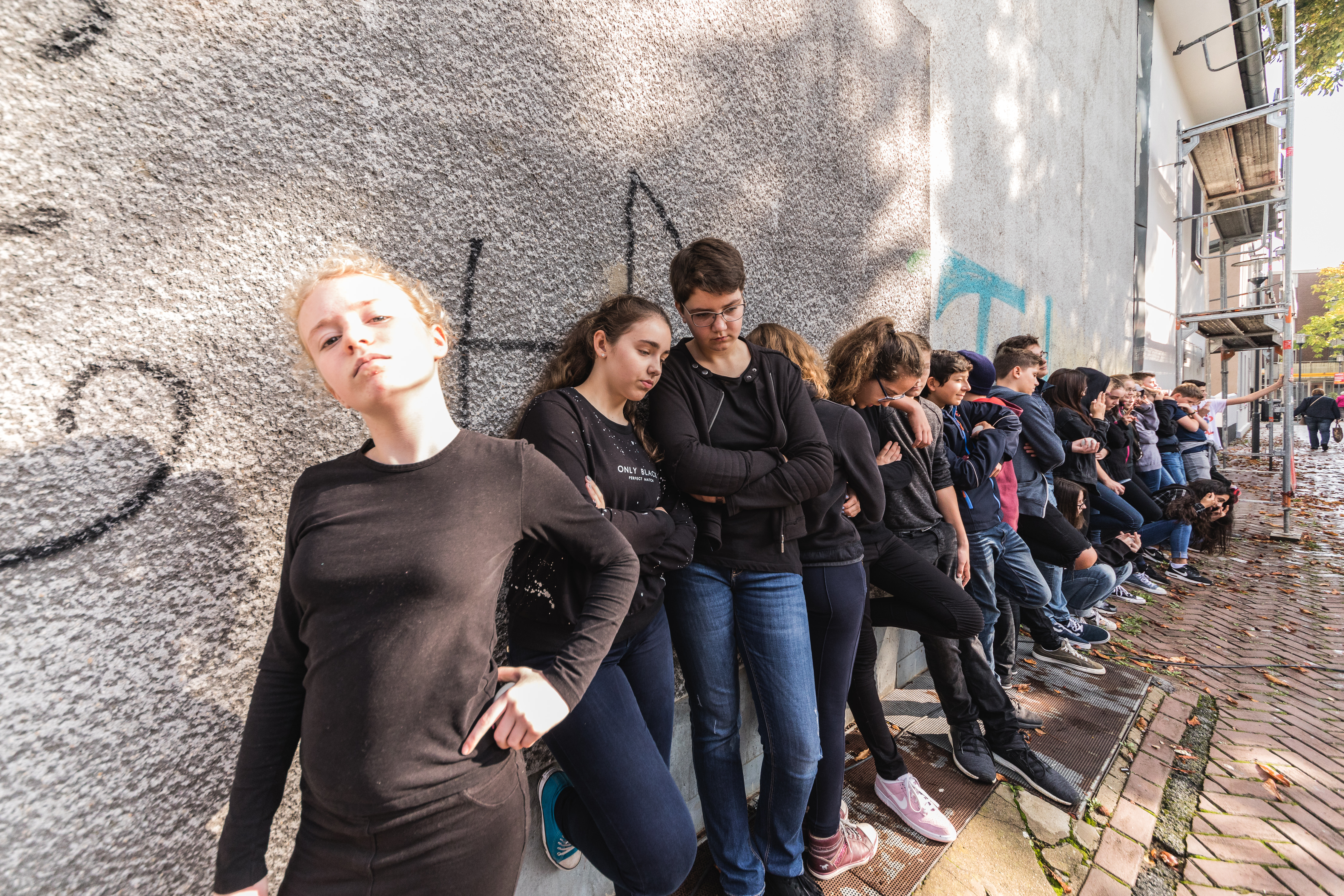 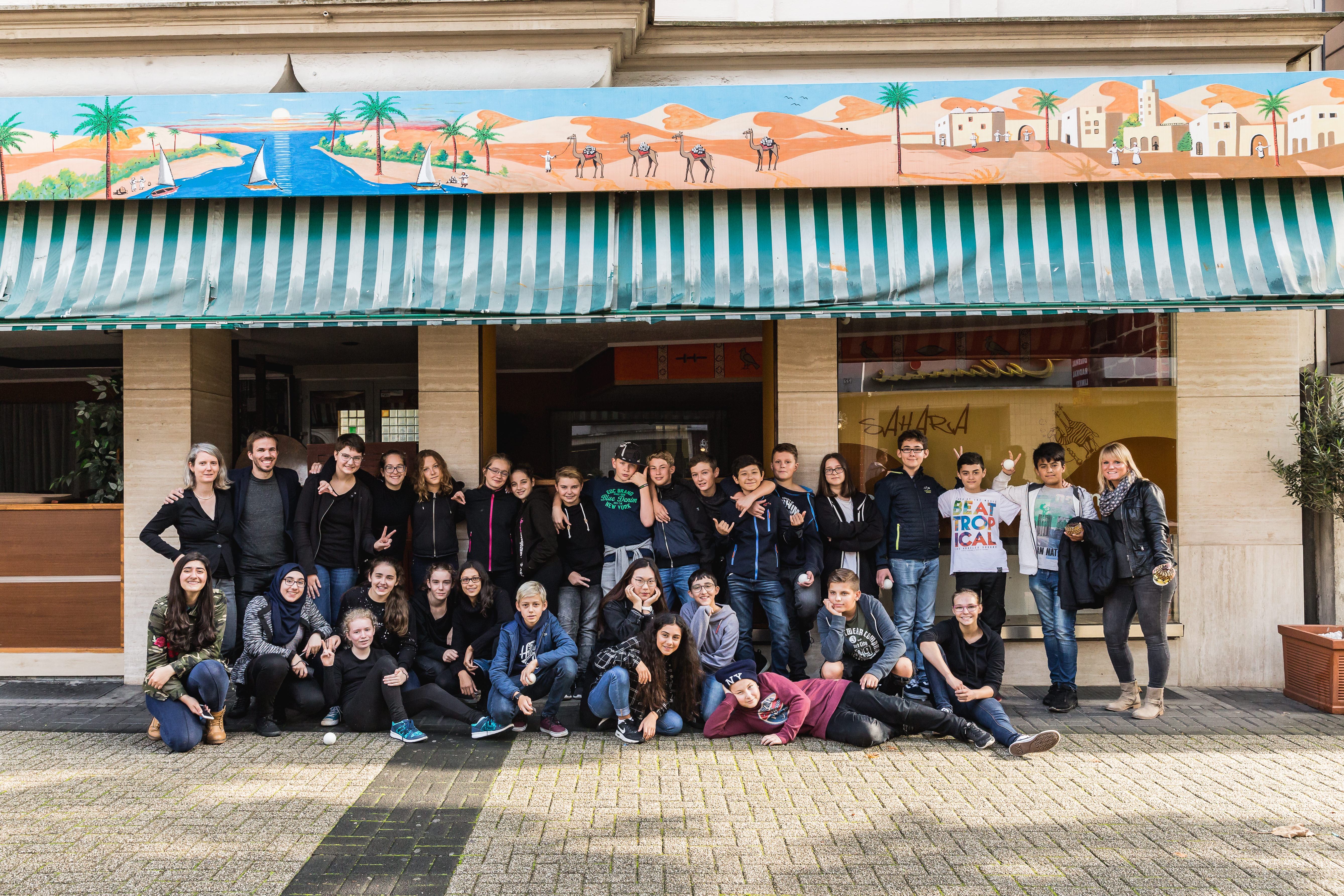 Music starts. A group of young people streams out of a building and then suddenly freezes. This temporary holding of a pose comes from the game Mannequin Challenge, which became well-known via YouTube. Further compositional elements were added to the performance in Herten: the freezing is always linked to particular emotions or events, is accompanied by thematically relevant songs, carried out in appropriate places, and the pupils have small white balls that are incorporated into the action. As soon as the music sounds, the performers remain in their last position and are completely still and immobile, calling up feelings of loneliness, disgust, or love, or portraying activities such as shopping. Every—public—selected space has its own specific character, which the group integrates into their actions, turning it into a temporary stage. If there is no music, the pupils are part of Herten’s everyday life, moving around in it, talking to one another, joking, being loud and chaotic, playing with the balls. During the periods in the respective subject matter, however, these balls become objects within the tableau. The young people recurrently freeze into statues for short periods in public spaces, occupying the town artistically, intervening surprisingly into the daily routine, and creating the impression of time standing still for a moment. The action-packed tour ends with a group photograph.